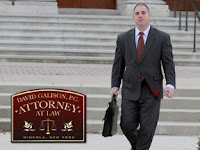 SHOPLIFTING LAWYER NASSAU COUNTY
Larceny and Grand Larceny
DAVID GALISON, P.C
1539 Franklin Ave, Mineola, NY 11501
If you have been charged with a larceny crime in Nassau, Suffolk or Queens County, call the Law Office of David Galison, P.C. immediately for a free consultation. An attorney will answer your call and speak with you directly regarding the charges and your defenses. The phone number is 516-242-4477, and calls are answered 7 days a week
Shoplifting is one of the most common crimes charged in Nassau, Suffolk and Queens Counties. It is a theft crime and can be charged as a petit larceny or a grand larceny. A petty or petit larceny is theft of property valued at less then one thousand dollars ($1,000.00) and a grand larceny is theft of property valued over one thousand dollars ($1,000.00).
Larceny can be charged as either a misdemeanor (petit larceny) or a felony (grand larceny) depending on the value of the item taken and the manner in which the item is taken. For example; taking a wallet from a store without paying for it would be charged as a misdemeanor petit larceny, however, taking a wallet from a person (pick-pocketing) would be charged as a felony grand larceny.
The consequences of a conviction for a petty larceny can vary from up to one year in jail to three years probation or just a fine and surcharges. And although it is not typical for a first time offender to be placed in jail the social stigma that is attached to a conviction could affect future employment and professional licensing, as well as, immigration and naturalization.
A conviction for grand larceny carries with it the potential for a sentence of more then one year in upstate prison or five years probation. However, under certain circumstances a sentence of a fine, and state surcharges can occur with no jail or probation being ordered.
With the consequences of a larceny related conviction being so severe it is of utmost importance to retain an experienced criminal defense lawyer who will fight to protect your rights. Whether it is taking your case to trial or negotiating a favorable plea bargain the law office of David Galison, P.C., will stand by your side throughout all stages of the case. Call the office today at 516-242-4477 for a Free Consultation.
The New York State Penal Law defines Larceny as follows:
§ 155.05 Larceny; defined.
1. A person steals property and commits larceny when, with intent to deprive another of property or to appropriate the same to himself or to a third person, he wrongfully takes, obtains or withholds such property from an owner thereof.
2. Larceny includes a wrongful taking, obtaining or withholding of another's property, with the intent prescribed in subdivision one of this section, committed in any of the following ways:
(a) By conduct heretofore defined or known as common law larceny by trespassory taking, common law larceny by trick, embezzlement, or obtaining property by false pretenses;
(b) By acquiring lost property. A person acquires lost property when he exercises control over property of another which he knows to have been lost or mislaid, or to have been delivered under a mistake as to the identity of the recipient or the nature or amount of the property, without taking reasonable measures to return such property to the owner;
(c) By committing the crime of issuing a bad check, as defined in section §190.05;
(d) By false promise. A person obtains property by false promise when, pursuant to a scheme to defraud, he obtains property of another by means of a representation, express or implied, that he or a third person will in the future engage in particular conduct, and when he does not intend to engage in such conduct or, as the case may be, does not believe that the third person intends to engage in such conduct. In any prosecution for larceny based upon a false promise, the defendant's intention or belief that the promise would not be performed may not be established by or inferred from the fact alone that such promise was not performed. Such a finding may be based only upon evidence establishing that the facts and circumstances of the case are wholly consistent with guilty intent or belief and wholly inconsistent with innocent intent or belief, and excluding to a moral certainty every hypothesis except that of the defendant's intention or belief that the promise would not be performed;
Posted by Unknown at 8:30 PM